Why some people don’t use their microphone in games?

No, not those reasons. Instead, I’ll go deeper than that in order to understand why sometimes we can’t understand why people don’t talk through their microphone when we expect them to.

First I’d like to point out that we don’t know everything and we can’t expect to know some things based on our own limited experiences because of that. Then, to point out how different can people and their cultures be, how limited our comprehension of that is due to the internet being too neutral in that regard and, finally, to bring out the possible reasons as to why we might be wondering why people sometimes don’t seem to want to use their mic in the light of all that’s been mentioned up to this point.

Aren’t we humans smart? To start off, I’ll touch on the simple but fundamental concepts first to then pinpoint the problem (why people don’t use their mic). So then, to begin: the Internet.

Internet is such a genius invention, don’t you agree? We all know that  it connects people from all over the world, but do we actually comprehend this fact? I sure think I do, but at the same time I’m pretty sure I actually don’t. Do you? …Before you get to answer this, I’ll make you really think this through…

We all think we know what infinity is, too, kind of, but none of us can truly comprehend that either. To put it bluntly, it’s probably impossible. We do understand infinity in some sense, but that’s not really a proper comprehension of it. Likewise, we don’t understand what time is either. We humans have our limits… And here’s the thing: we are limited analogously over the internet where there are other people, more so than in “real” world (internet is not something I made up writing this, it’s very much as real as the “real” world is, it literally is the real world).

We make up our own reasons as to why people don’t use their mic in games when we expect them to, but these may be far from truth.

On the internet, our visual perception is not there to help us out in spotting the differences between different cultural norms and habits people abide by. We tend to forget that.

What’s more, sometimes those other people won’t speak through their microphone either, maybe because they don’t speak the same language to begin with, to remind us of that. We have almost nothing at all to help us comprehend certain things, the differences, over the internet. Perhaps only our prior knowledge of those differences can help us to some extent. In the absense of those prior experiences however, how do we co-exist with or approach the unknown, those other people we inevitably encounter over the internet? In games especially, there’s nothing quite like games that bring masses of different people together in a sort of virtual reality almost.

People over the internet are not people we’re surrounded by in our everyday life, so our way of thinking about them in the same way doesn’t work out as well.

Do We Know How Different People Really Are?

…I’ve been going on and on about how different people are and how hard it is to comprehend this over the internet, but to you it might be hard to understand what is so hard there to comprehend exactly.

People are seemingly similar, right? Your neighbor might look a little different, but you can predict their entire life in relation to yours pretty easily. Similar values, similar interests, similar surroundings, similar means, similar goals, similar this and similar that. “Tell me something I didn’t know!” Right?

I must admit, I intentionally tried to build up the tension by slightly misleading you to think inside a box, to immerse you to think the way you normally think most of the times over the internet so that the reality hits harder… The following is not something you didn’t know, but it’s very likely something you’ve forgotten until now that I mention this: the norms we ourselves are used to might not apply to other people we’re in contact with over the internet. In case you now don’t feel being “reminded” of something, the following might come to you as a surprise.

We are so used to think inside our little cultural bubbles. We even decipher the differences of other cultures through our own norms and habits (take Russia from American’s perspective for example, and vice versa – whatever you think you know, it’s likely so wrong you can’t even understand how wrong you are because you can’t possibly know what you don’t know, unless you’re an academic studying a related field or a serious enthusiast in learning such things). The norms of a given culture can differ in a lot of aspects from another culture on the other side of the globe. We might never know about those differences unless we accidentally happened to find out about such stuff or when somebody made them very clear to us, but even then we probably won’t quite comprehend them wholly – we usually get to know these differences only on the surface of things – and even the little we did find out we tend to forget quite easily in the heat of the moment.

Are you still with me? Let’s go with something simple for exchange. Tell me this: does 1 + 1 equal 2? Now, if you impulsively shaked your head in agreement, you’re probably from Bulgaria… If you just randomly read through this sentence with bold words and missed the imporatnce of it, you might want to read the bold stuff one or few more times again. That example doesn’t apply to conversations over the internet directly, I’m aware of that, but it does highlight how different things can be, and in that example, things were almost completely the opposite from one another, not just merely different. Do you know any more such wildly different cultural norms or habits or values or religions or languages and whatnot in relation to what yours are? Can you even begin to imagine what other differences there could be? I’ll take the hit for you and say that even I can’t pull them out of thin air…

People are different… Who knew?

Cut The Crap – What’s The Point In Understanding Those Things?

We should be starting to see exactly how different certain things truly can be over the internet with the whole world of different people connected through it and our limited comprehension in relation to that.

Till now, I’ve only given examples from the real world where you’ve got many senses you can rely on for figuring out the many causations that are affected by those differences. You can connect the dots by hearing the unknown language, by seeing that some people look nothing like your friendly* neighbor and by witnessing that they might be doing things that make no sense to you at times. Usually they form their own communities when they haven’t had the time to fuse with their new foreign environment, with your environment. Imagine now that stuff over the internet where you can’t see nor hear those differences because the internet is almost entirely neutral in that regard (except from a few things, like the language, geo-targeting etc). 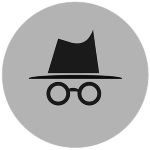 The point is that our way of thinking might be flawed in “virtual” reality.

Final Strike
Why Don’t People Use Their Mic The Way You Do?

Yea, the question changed a little bit, but for a good reason. We aren’t the center of the universe.

It was demonstrated that we don’t know everything and we can’t expect to know some things based on our own limited experiences because of that. It was then explained how different can people and their cultures be and how limited our comprehension of that is due to the internet being too neutral in that regard.

And in case after having read all those things you’re still wondering why some people don’t use the microphone the way you do, the problem ought to be found within (I don’t mean to offend, but it might either mean that you’re what’s called “special” in certain aspects… OR either the game design itself or my way of explaining things is flawed).